Mesa is a suburb located about 20 miles east of Phoenix. Mesa is in the East Valley section of the Phoenix Metropolitan Area. It is bordered by Tempe on the west, the Salt River Pima-Maricopa Indian Community on the north, Chandler and Gilbert on the south, and Apache Junction on the east.

Mesa is the third-largest city in Arizona, after Phoenix and Tucson, the 38th-largest city and largest suburb in the US. Despite having a population of approximately 450,000 and housing a population larger than more recognizable cities such as Atlanta, Miami, Minneapolis, St. Louis, and Cleveland, Mesa is decidedly a bedroom community.

Mesa is home to the Polytechnic campus of Arizona State University and the Spring Training home to the Chicago Cubs.

A few really cool communities in Mesa are: 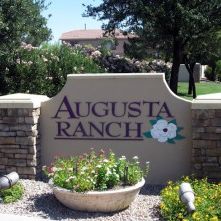 Augusta Ranch: - When Augusta Ranch was built, several large Valley home builders combined to make up the community. Engle Homes, Greystone Homes, Morrison Homes, Richmond American, Ryland, US Home, and The DeHaven Company got things rolling in 1999 with many homes being completed in 2000-2001. This is an awesome golf course community! 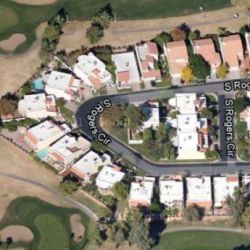 Legante Paseo: - The community of Legante Paseo is located in the popular Dobson Ranch neighborhood in Mesa, Arizona. This is a really nice gated golf course community located within an award winning master planned community.

Las Sendas: - A truly spectacular golf community and lifestyle. Las Sendas is also an outdoor lover’s paradise. More that 1/3 of its 2,500 acres are dedicated to natural or man made open spaces. The name “Las Sendas” is Spanish for “the paths”, and you’ll find miles of them within this gorgeous community.

Groves North: - The Groves North is a beautiful upscale community featuring a 52 lot citrus subdivision in North Mesa. These irrigated lots are a minimum of 35,000 square feet.