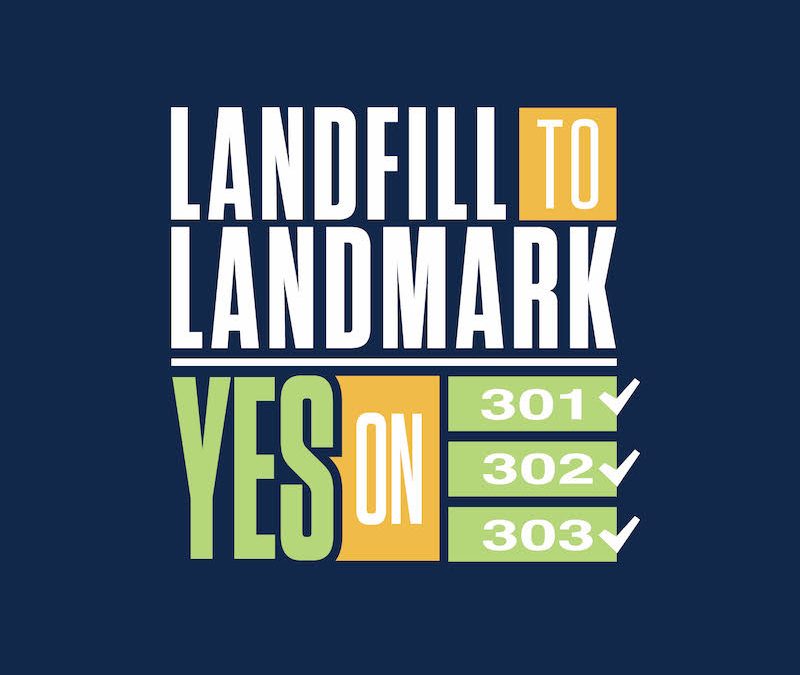 After months of review, I believe that the Tempe Entertainment District is good for our City.

This page will be updated as more information is available, but I wanted to get a few things on here because the ignorance about the project is high.

For the last several months, I have researched, read documents, had conversations, listened to presentations and helped facilitate presentations about the Arizona Coyotes proposal to build an entertainment district in the City of Tempe.

I was also the co-chairman of a committee at the Tempe Chamber of Commerce tasked to review the proposal.

During my research, I have heard from people for and against the project. Like many people, I was skeptical, to say the least.

I stand firmly in the camp where people often say “I don’t want to pay for a stadium so that billionaires can make more millionaires.” 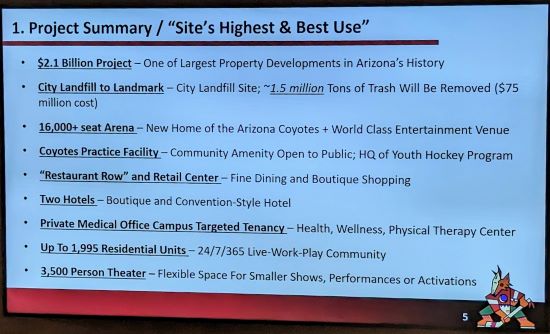 In looking at the overall terms of the deal, the impact on our community, the creation of jobs and many other factors, I can honestly say that I believe the City should move forward and allow this site to be developed. See this Tempe Entertainment District synopsis from the City of Tempe for a good overview of the proposed agreement.

This is another page that has more Tempe Entertainment District info in English and in Spanish. It’s a really good document, especially for people who have been sharing false information rather than looking at the facts of the deal.

Thankfully, our Mayor and City Council agree. In fact, they voted 7-0 to move forward with this proposal.

Here’s a really good interview that Mayor Woods did recently. You should listen to it!

Also, as stated in this article by Craig Morgan, this is a privately funded project and could be the best arena deal in the history of the state of Arizona:

“People I think will look at this and as they pull it apart, I think they will realize what’s been structured and put together by our team here really is the best arena deal in the history of the state of Arizona.” – Tempe Mayor Corey Woods

Of course, not everyone agrees that this is the right fit for our City. Some believe a better deal is available. Some believe that this deal will never see the light of day. The fact is, no other developer responded to the RFP. The site is a challenge in that the huge remediation costs may have been prohibitive to many developers. The fact that the City gets a $40,000,000 non refundable payment from this developer is a huge bonus to the residents of Tempe. Maybe some people would prefer to have Tempe pay this $40+ million so that the land can be sold to someone else? No thanks, says this tax payer.

In listening to some of the people who are opposed to the project, I came to the conclusion that we’ll just have to agree to disagree. Especially with the people who hide behind keyboards or are not willing to have intelligent discussions when given the opportunity to do so.

This is a private developer looking to develop a huge project with many benefits to the City of Tempe. They have submitted a proposal that fits the specifications of the Request For Proposal from the City. Bluebird Development and the Arizona Coyotes have not asked to change the terms of the RFP.

Much More Than A Hockey Stadium:

While much of the talk is about the Coyotes wanting to build a hockey stadium in Tempe, it is important for people too understand that there will be a LOT more built on the site.

Restaurants, shopping, hotels, office space and more are part of the Tempe Entertainment District. I believe this will be a good addition to this dynamic part of Tempe.

Please look at all of the FACTS of the proposal, and please be sure to VOTE however you choose to vote on May 16th, 2023.

More Details of the Proposal:

Here’s another quote from former councilmember Onnie Shekerjian. I think she makes some really good points:

“Quite frankly, this is how sports arenas and stadiums should have always been developed.
What is exciting is the development of the 46 acres of other development that will come with it and tax revenues: retail stores, office space, residential, hotels all of which will generate large amounts of money in sales, property and bed taxes all on a piece of property that will likely never be developed because of the expensive land remediation that is needed.” – Onnie Shekerjian

Here’s a  website from the Coyotes with some more details of what will be built. There will also be updates posted on the Tempe Wins Facebook page.

The video below will also explain the terms of the proposal.

We’ll have more updates here in the near future. Please check back.

Update from 12/11/22. Here’s another video where Mayor Woods talks to AZFamily.com.