The Herm Edwards Train Has Arrived in Tempe 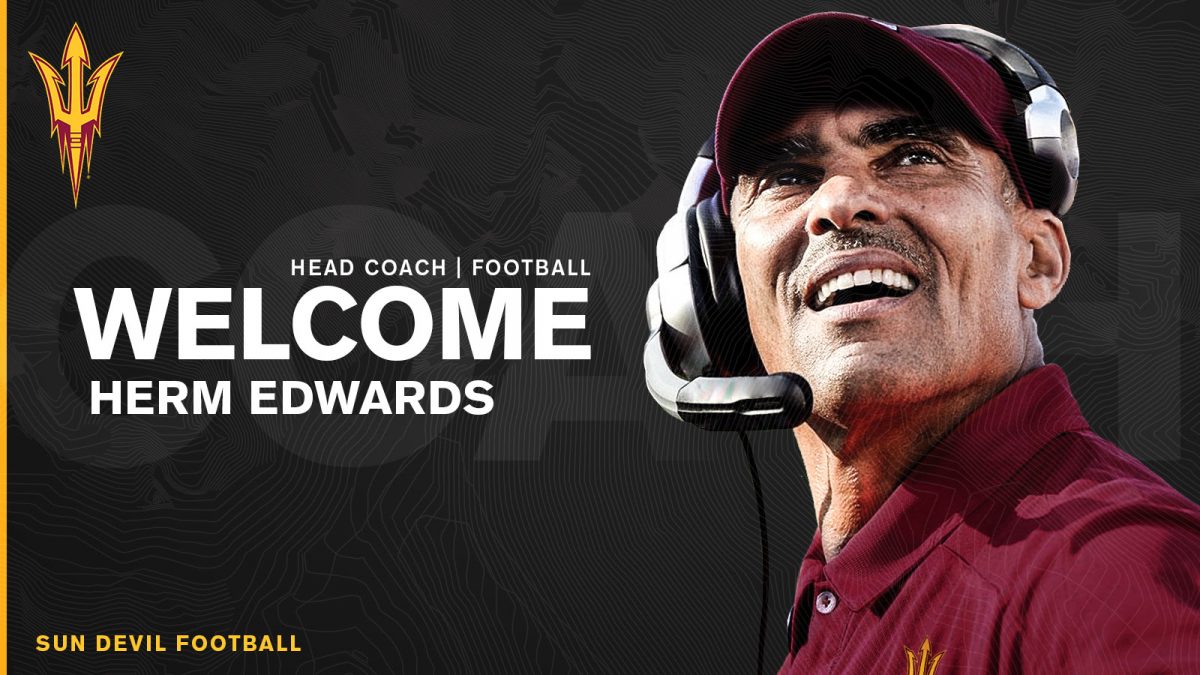 Yesterday was the “official” announcement that Herm Edwards has been hired to coach the ASU football team. This morning, there was a press conference where we learned a little more about how Dr. Crow, Ray Anderson and many others hope to “elevate” this program to another level. 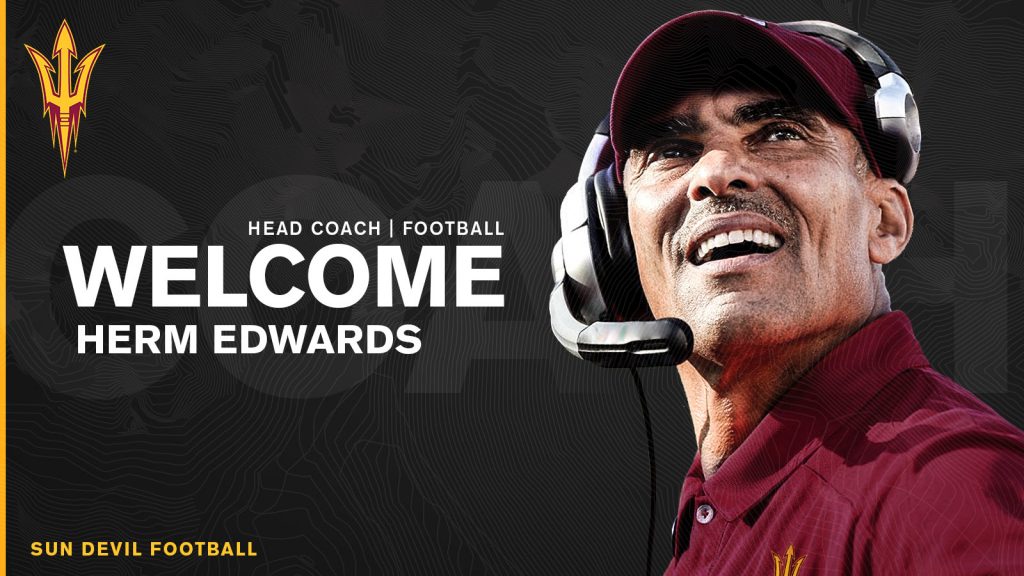 During the press conference we learned more about the “new model” that will be used at ASU going forward.

Under the new athletic department model being run by Ray Anderson, it sounds like Herm will have roles in management and as the head coach. There will be a multi-pronged approach that is more common is professional sports organizations.

We heard that success in the atletics department is critical to the future of the University. We heard several times that there is a goal to “elevate” the program at ASU.  Ray Anderson gave a lot of credit to former head coach Todd Graham by saying that ASU has done a great job with their student athletes in academics, discipline and character.

We also learned that Herm Edwards is a man of “extreme decency and extreme integrity” who never intended to leave ESPN until he learned more about what Crow and Anderson have as a vision for the athletics programs at ASU. Personally, I think many of us are glad to learn more about the character of Edwards, as we felt that Todd Graham had done such a good job in mentoring the athletes into better players and better people.

Discipline was mentioned several times in the press conference. We also heard Ray Anderson say that this is not a starting over. ASU has been doing a good job in developing, coaching, and preparing student athletes. The new model is being put in place to give the head football coach more support from people outside of what has been the traditional model.

Those are things ASU plans to accomplish.

Anderson made it pretty clear that he knows there are people who don’t agree with their decision, but he was very clear in the vision to elevate the program to a new level of excellence.

Said Anderson: This train is leaving the station. Jump on board, because we’ve got a seat for you.

Some things I remember hearing from Herm Edwards during the press conference.

I’m on the train!

Herm addressed some of the criticisms about his age and about not having coached for a long time by saying things like: “That’s what I do, I coach football.” “They’re not bringing me here to play.” “I’m here to build a program.”

We also heard a lot about his role and about what it means to be around football players. “Coaches don’t give players talent, God does.” Leadership on and off the field are going to be key initiatives for Edwards. He is looking forward to hitting the recruiting trail, and he is looking forward to getting back in the huddle of football.  He said he’s proud to be the head coach and promised to give whatever he has to work tirelessly and be committed to the vision of Dr. Crow and Ray Anderson.

Herm’s ESPN duties are over this coming Friday. “After that I’m out recruiting.”

Nick Bastian is a 29 year veteran of the real estate industry and enjoys his career very much. Nick is always available to "talk shop" with anyone that may have real estate related questions. "Just Call Nick" at 602-803-NICK (6425) - he's glad to help. Nick can also be found over on Instagram and Twitter ( @NickbastianAZ ) or out and about in the community making friends and having some fun.

The Market Always Knows The Price