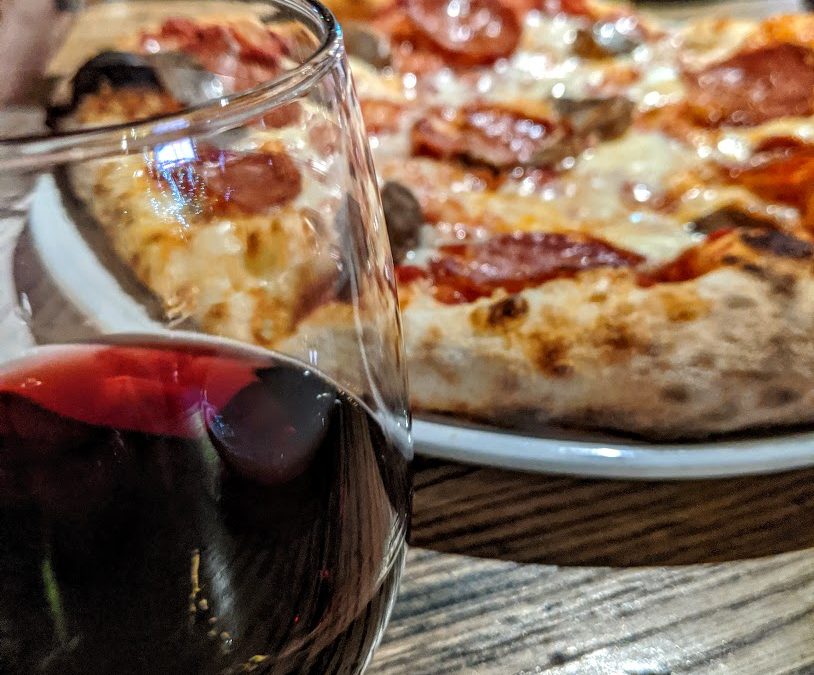 As of Friday, January 17, 2020 Postino has purchased and taken possession of the former Tempe Public Market Cafe! The doors are locked and a remodeling / rebranding will begin right away. No real word yet on how long until Postino opens their doors, just that they WILL be opening their doors here in south Tempe soon.

The business transaction closed yesterday (Jan 16, 2020) and employees have been notified of the coming changes.

Speaking of the employees, we are told that they are VERY important to the former owners and to the new owners. Postino is interested in hiring the entire staff, or at least any who would like to be a part of the new restaurant. Every employee who wants to work at Postino will have that opportunity. I was told that they will be offered severance pay and a new job once they are ready to open.

**Update: The new Postino is now open in South Tempe. AND, the building is already for sale. But, don’t worry, they signed a 10 year lease and the building will just be sold to some investor who wants a steady, long term tenant. The asking price is $2,784,000 incase you are looking to buy! 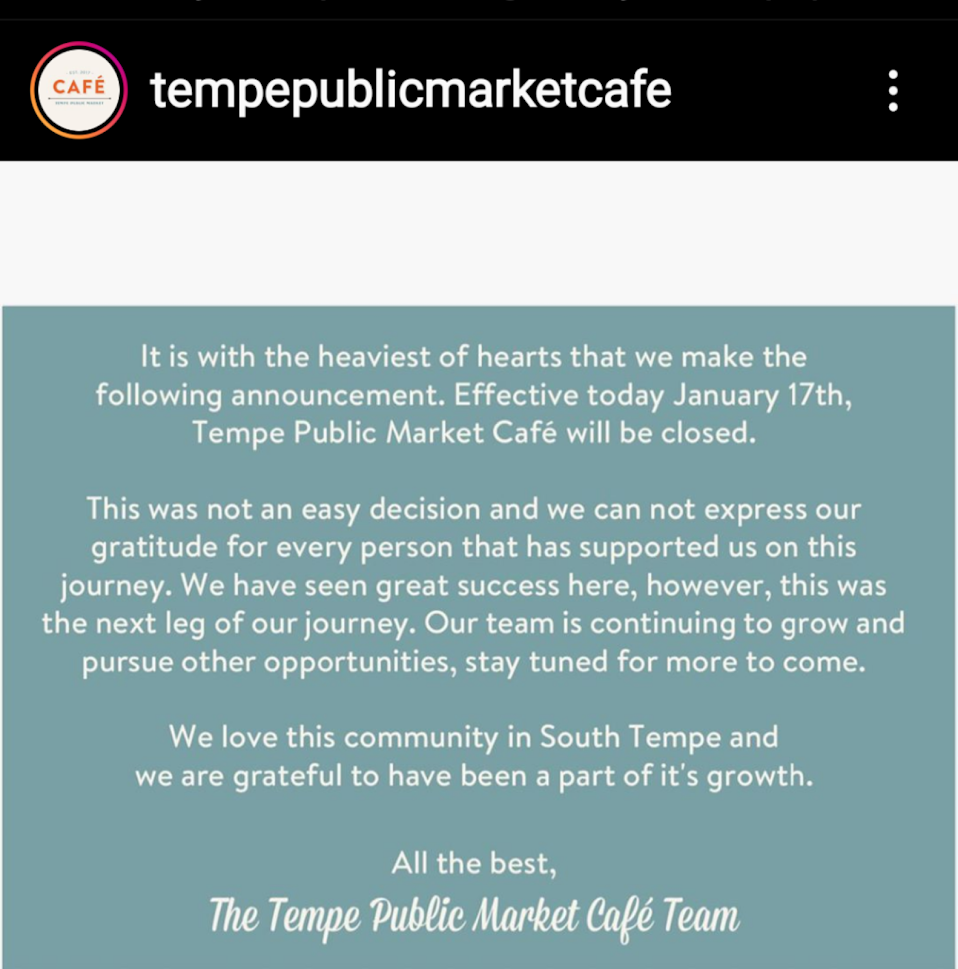 The remodel time is still up in air a bit, but we’ll try to get an opening date as soon as possible.

While financial terms of the deal are not readily available, we were told that the current owners are keeping the building and leasing it to Postino.We were also assured that their sister restaurat Ghost Ranch will stay in place.

Personally, I want to thank David Chamberlain and all of the people who were involved with The Tempe Public Market Cafe for some really good memories. This restaurant started something very special in our area, and we (and they) are grateful for what they accomplished.

Ironically, I am writing most of this update while having my last cocktail at the Cafe before they close tomorrow morning. It feels a little weird.

While many people are, or will be, thrilled to have Postino in South Tempe, there are many who will miss the Cafe and what it was.

It was a neighborhood hangout, a great place to meet friends and so much more.

BUT, Postino! This will also be a great addition to our neighborhood and I have NO doubt they will be wildly successful right here at Rural and Warner. I also believe we will have more cool announcements of new area restaurants in the near future.

Welcome to the neighborhood, Postino!

Rumors about Postino coming to south Tempe have been floating around for quite some time. At first, the talk had to do with them coming to the north west corner of Rural and Warner.  Unfortunately, it sounds like that deal is having some challenges.

After a ton of research by the parent company of Postino, they apparently feel that south Tempe is a place they *really* want to have a new location. Heck, who can blame them? It’s a pretty cool area, for sure.

What are we talking about here?

Basically, rumors of Postino hiring for a new position and a new south Tempe location started floating around a couple of months ago. At first, I took it as wishful thinking as I had been told that the Rural and Warner deal was going nowhere, fast.

After another discussion I had with a friend closely associated with the deal, I began to think there might actually be some truth to the fact that Postino has actually purchased, or at least made an offer on an existing restaurant in the area. In fact, I was told that an announcement could be made in early December with an opening date of just a month or two after that. I decided to keep my mouth shut and keep digging for information.

While heading to the ASU vs Oregon football game, my wife and I spent a couple of hours at the Postino Annex location in Downtown Tempe near Sun Devil Stadium. Hopefully, you remember that night as well as I do. I certainly have fond memories of ASU beating the Ducks, much to the surprise of many of the people weraing green that evening! #GoDevils

During our time at the Annex location, we talked to our bartender about a lot of things. Football, small talk, etc. Towards the end of the evening, we seemed to be just like old friends. As we were finishing up, I sort of casually, but confidentially asked him when they were opening the south Tempe location. Without hesitation, I was told that there had been a few delays, but he felt like they would be open by “March or April.” We talked about the area, we talked about how they would need to do some rebranding to the building, and we talked about how much they seemed to love the demographics of that area. I let him know that I live in the area and he said he was looking forward to them opening in that part of town.

To me, that seemed like a good indication that things have really been heating up for Postino coming to south Tempe.

Last week, I reached out to the owner of the restaurant who is rumored to be in negotiations with Postino and got no response. Of course, that isn’t super surprising as he probably isn’t at liberty to share any details yet with some neighborhood hack…

Then, as I was leaving the work yesterday, a friend who has a son in the commercial real estate world came into my office and confidently offered to break the news to me about Postino coming to south Tempe… Interesting, for sure.

While a LOT of people are super interested in having Upward Projects come to this area, there may be a casualty in this deal that some of us will miss. You may be able to read between the lines to  know where the rumored location is going to be. For now, I am going to leave it alone.

More details should be emerging soon, but many questions remain.

Will they want their other brands nearby? Will it create more demand for other places to locate in the area?

Will there be neighborhood opposition? Will there be a ton of super happy people in the area? Is the ink really dry on their contract?

Hey, Postino, welcome to the neighborhood. We like your style…